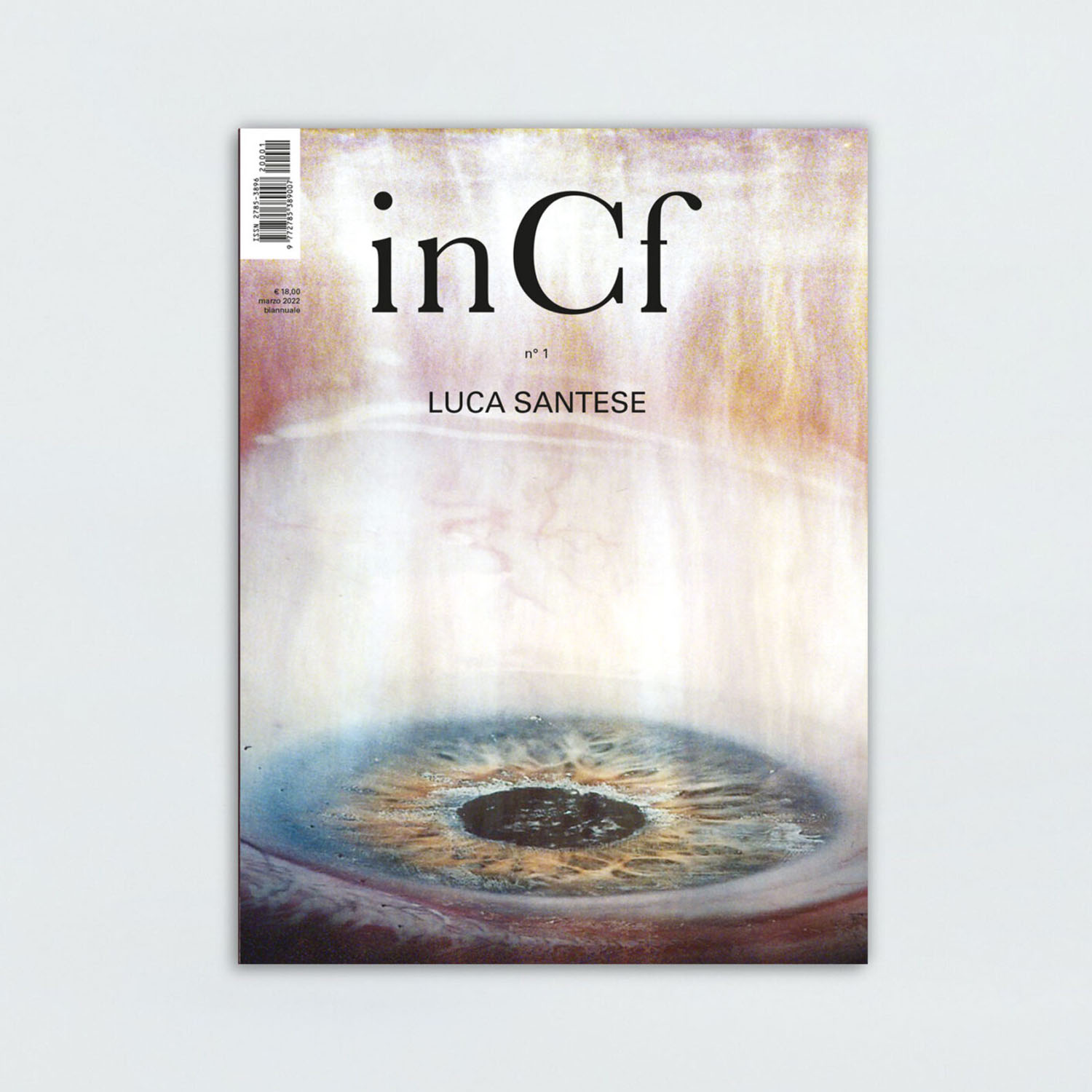 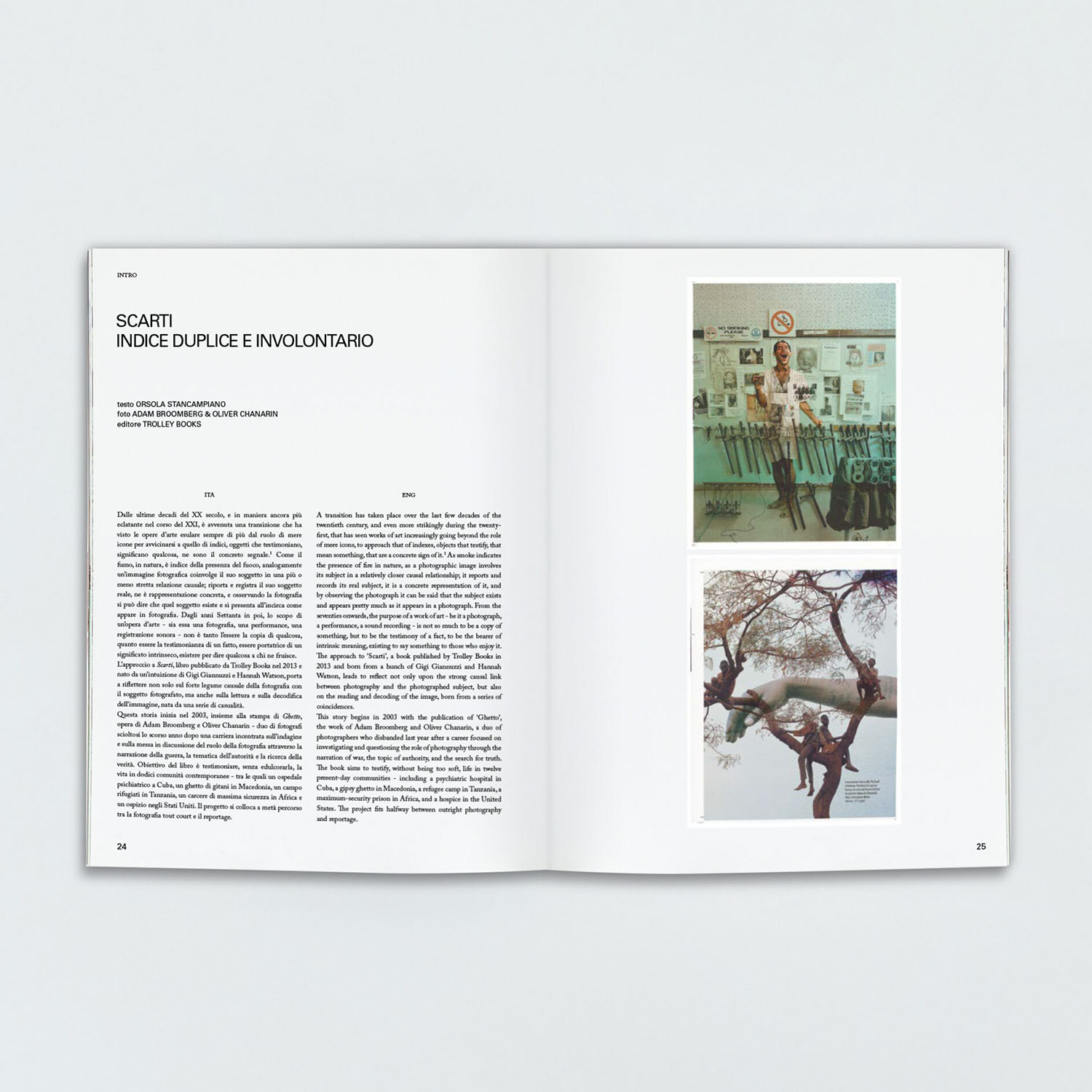 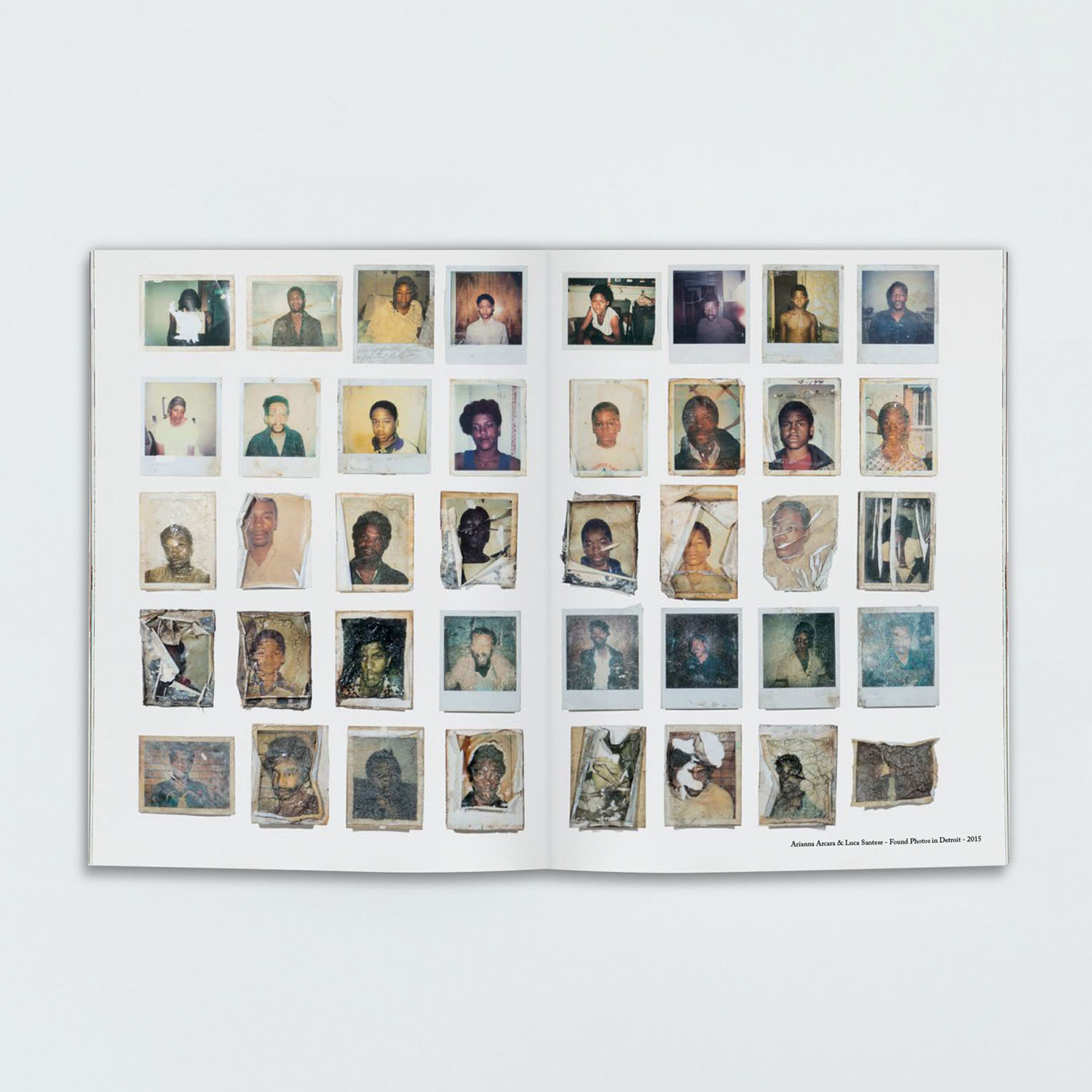 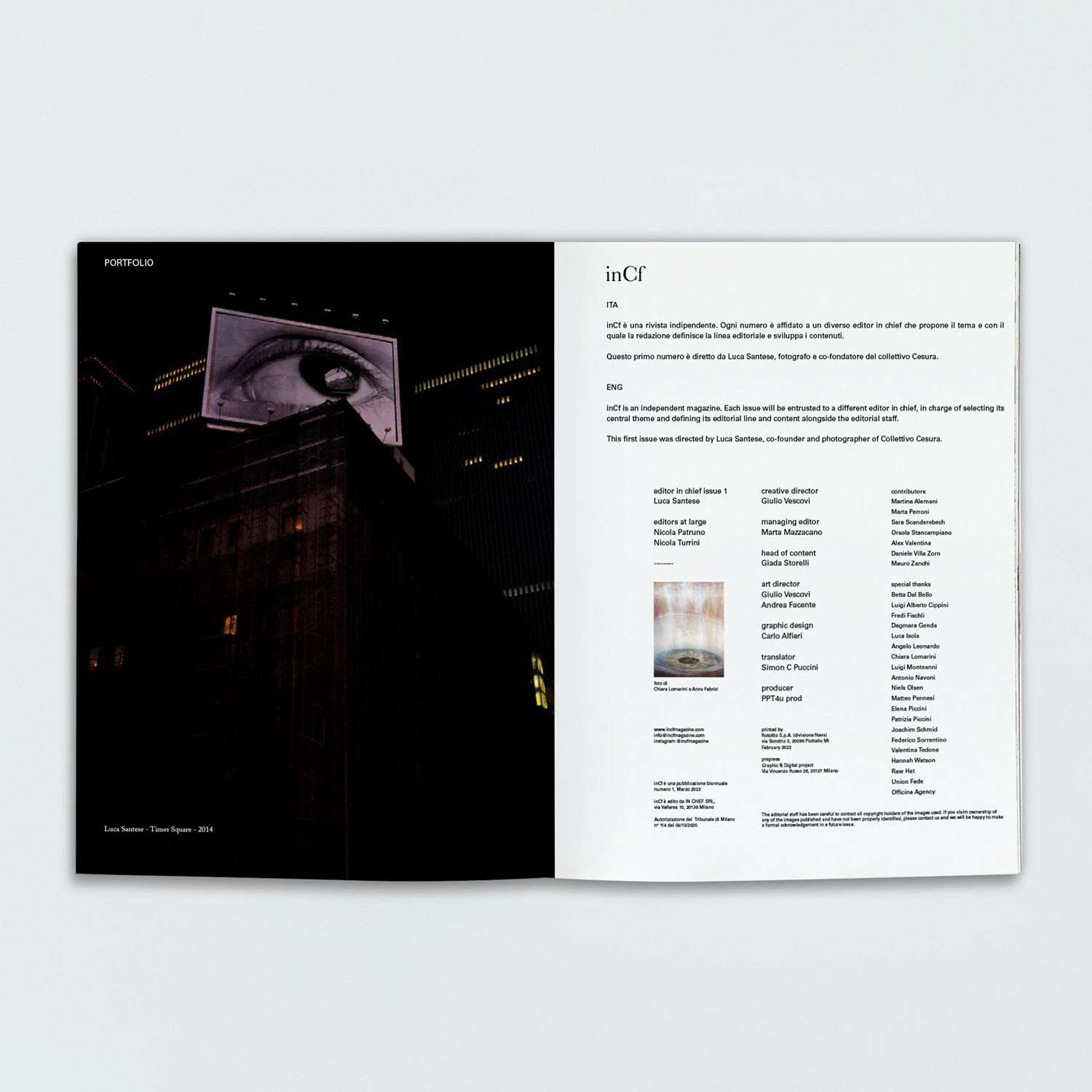 inCf is an independent magazine. Each issue is entrusted to a different editor in chief who proposes the theme and with whom the editorial staff defines the editorial line and develops the contents. This first issue is directed by Luca Santese, photographer and co-founder of the Cesura collective.

The magazine is structured in three parts: the first one is a presentation of the editor, of the theme and in-depth articles about the chosen topic, a central part entrusted to the editor and a third one edited by the inCf editorial staff. For this launch issue, Luca Santese involved two editors at large, Nicola Patruno and Nicola Turrini, respectively founder of the art hub Jergon in Berlin and researcher in theoretical philosophy at the University of Verona. With them Santese chose to address the topic of Recording-Based Media, that is, all those technical devices that have the ability to fix on a specific support a visual and/or acoustic phenomenon and, consequently, to reproduce it in a potentially infinite way.

“Given the paper nature of the magazine, it was a matter of declining this vast container in the field of visual arts, with particular reference to photographic production but without neglecting some reflections in the field of sound.” Luca Santese

This issue investigates the artistic, cultural and social impact that these devices have had in the past, in our present and the future prospects that technological development offers us. With this in mind, the first section of the issue examines projects such as Scarti by the artistic duo Broomberg and Chanarin, the great archiving work of Ando Gilardi through the Fototeca Storica Nazionale, the multi-reality sound of the independent label ArteTetra and the possibilities of Computer-generated imagery of the Sturm&Drang project developed by the Fondazione Prada in collaboration with ETH Zurich. The central part hosts the results of the residency of young photographers curated by Luca Santese and two of his unpublished projects while, in the third and last part, the editorial staff of inCf reflects on the representation of reality through the works of visual artists Alex Valentina, Sara Scanderebech and Daniele Villa Zorn.

Shipping: Shipping costs will be calculated in the purchase phase. We are the spokesman of a community of artisans, so each item is shipped directly from the person who produced it.
The timing of delivery will respect the pace of those who have worked on this project with care. For beautiful things you have to know how to wait.

Find out who made this item

Giada Storelli is a journalist, cultural project manager, curator and creative content editor, based in Milan. Her field of specialization embraces photography, visual arts, writing and research of cultural content in relation to communication. She deals with editorial projects, both online and in print, photographic productions, writing texts and organizing cultural projects with a focus on photography. From 2015 to 2019 he worked in the gallery STILL Fotografia in Milan dealing, among others, with the organization of national exhibitions such as at Palazzo Ducale in Genoa, Certosa di San Giacomo in Capri, Triennale in Milan, Galleria Nazionale d’Arte Moderna e Contemporanea (Gnam) in Rome and Villa Reale in Monza . Since 2016 he has been writing for the magazine Il Fotografo. From 2019 to 2020 he worked as photo editor for the fashion magazine Lampoon and for the independent magazine Perimetro. Since 2020 some of his articles about art and photography have appeared for the magazine Rivista Studio and he is head of content for the independent magazine inCf magazine based in Milan. In October 2020 he collaborated with the magazine C41, publishing an article about the analysis of the independent publishing sector. In 2021 she held the role of artistic director of the first edition of Arvest! Photo Fest, a contemporary photography festival of artistic residencies in La Morra, Piedmont.

Giulio Vescovi, after studying design and graphics in Padua, in 2007 he moved to Milan and worked at IED Centro Ricerche. From 2009 until 2013 he collaborated with the studio of architect Fabio Novembre. Subsequently, he began his career as a freelance art director and graphic designer working for both fashion brands and newspapers. In 2020 he opened the creative agency inCf Studio, where he consults in the field of communication and launches the independent inCf magazine. 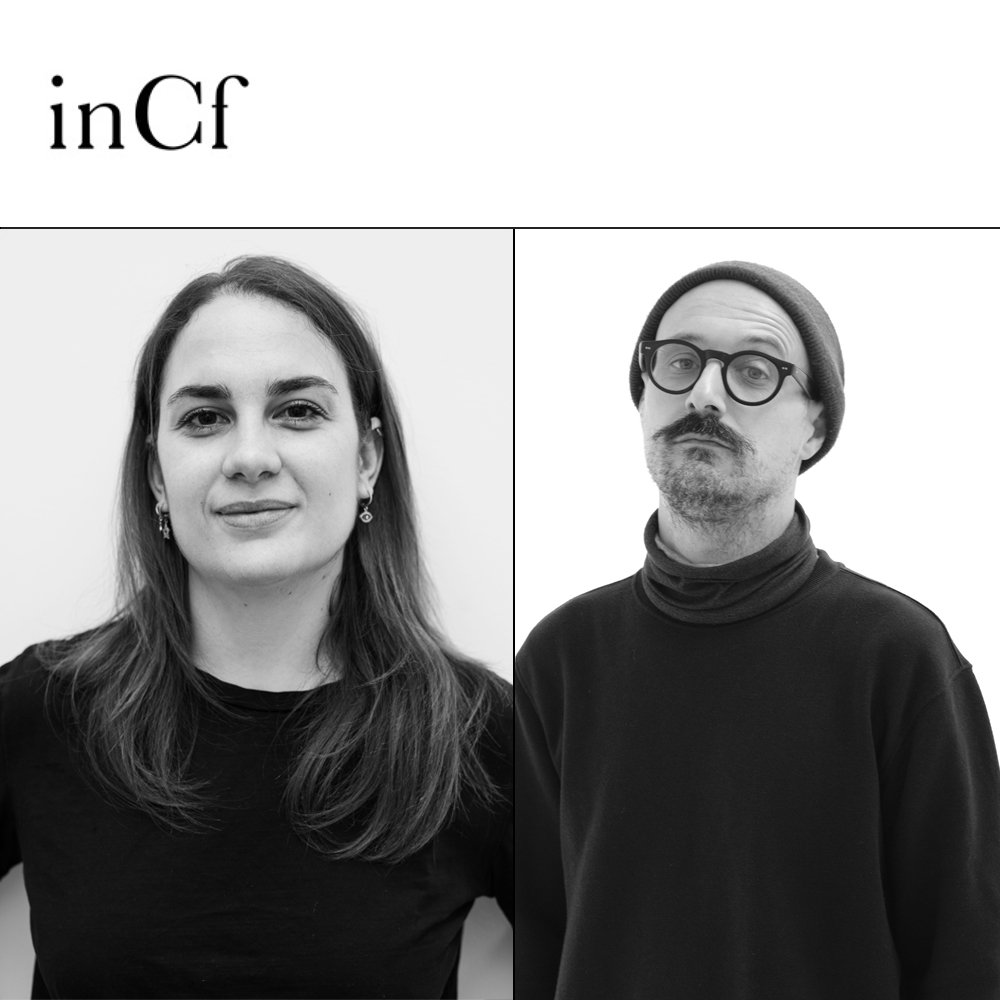 0
Shopping Bag
Your cart is emptyReturn to Shop
Continue Shopping