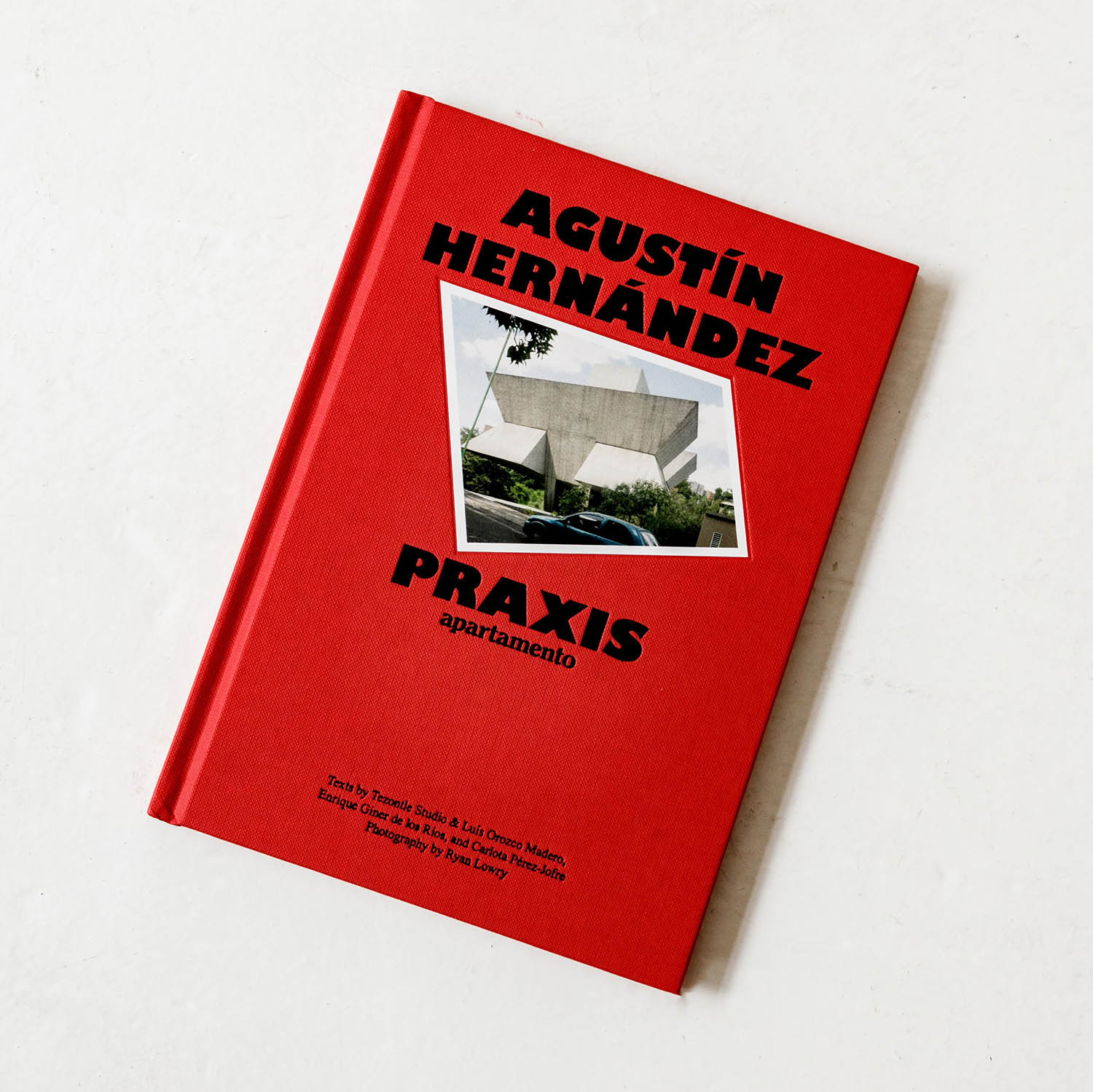 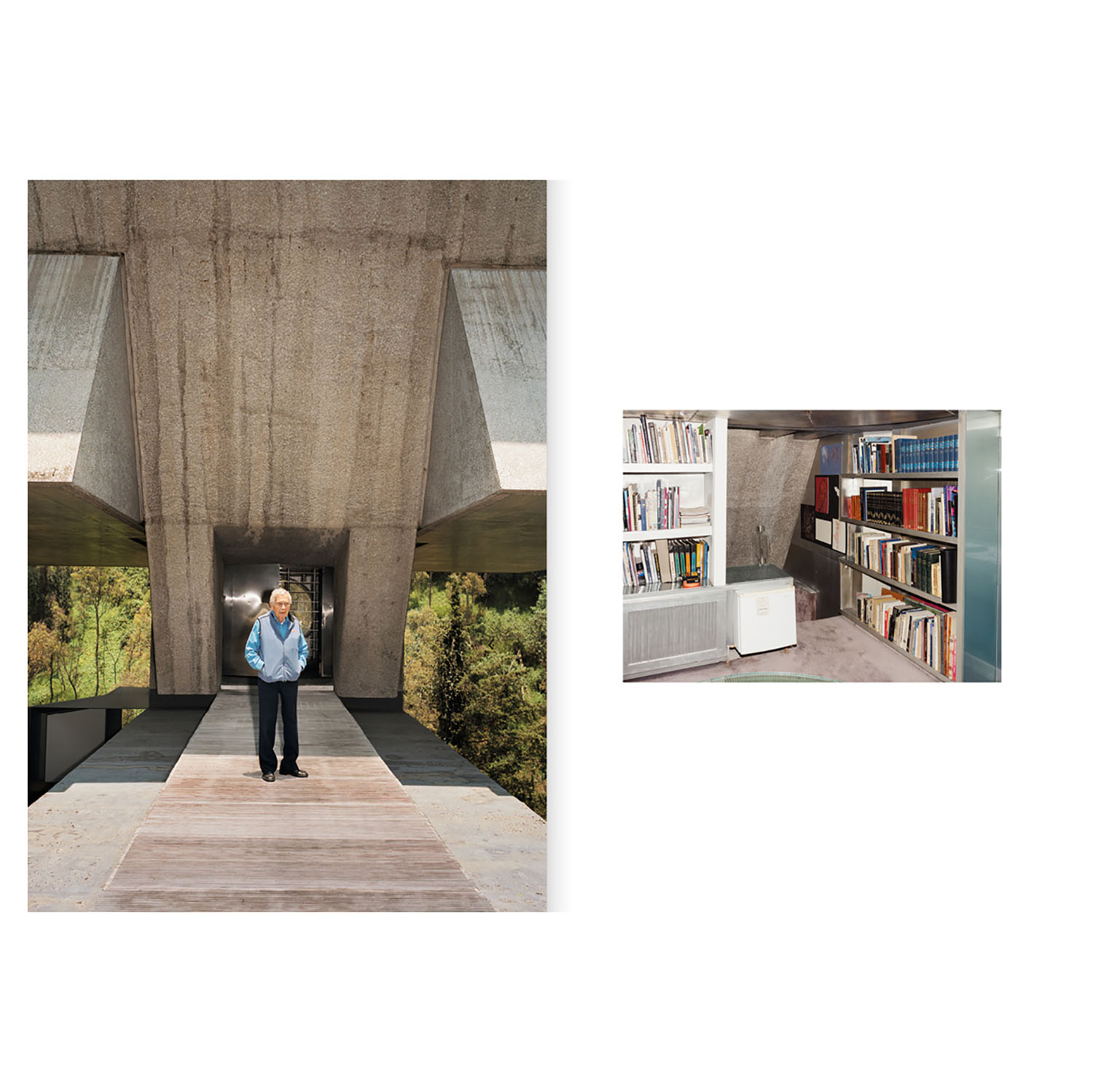 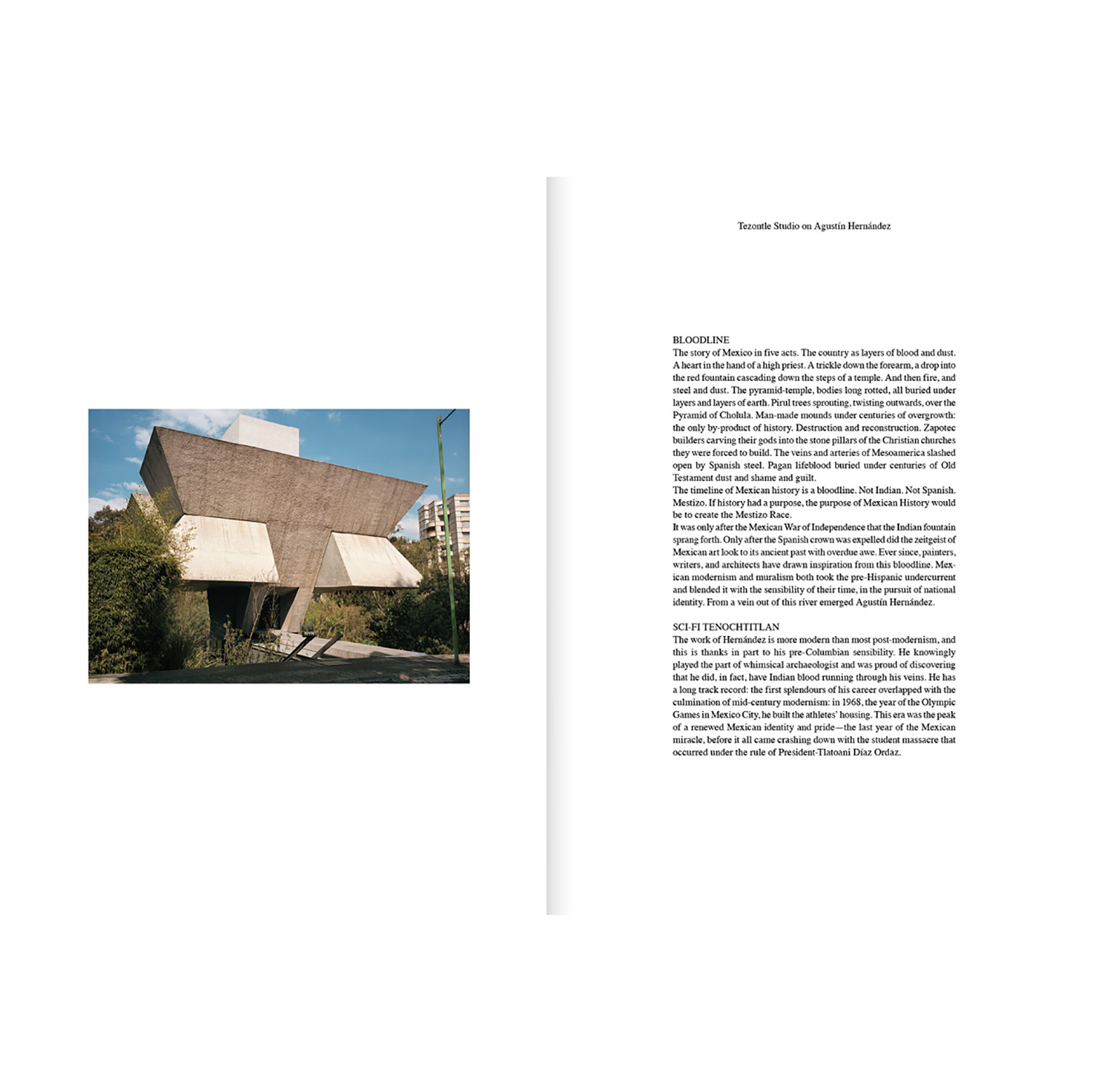 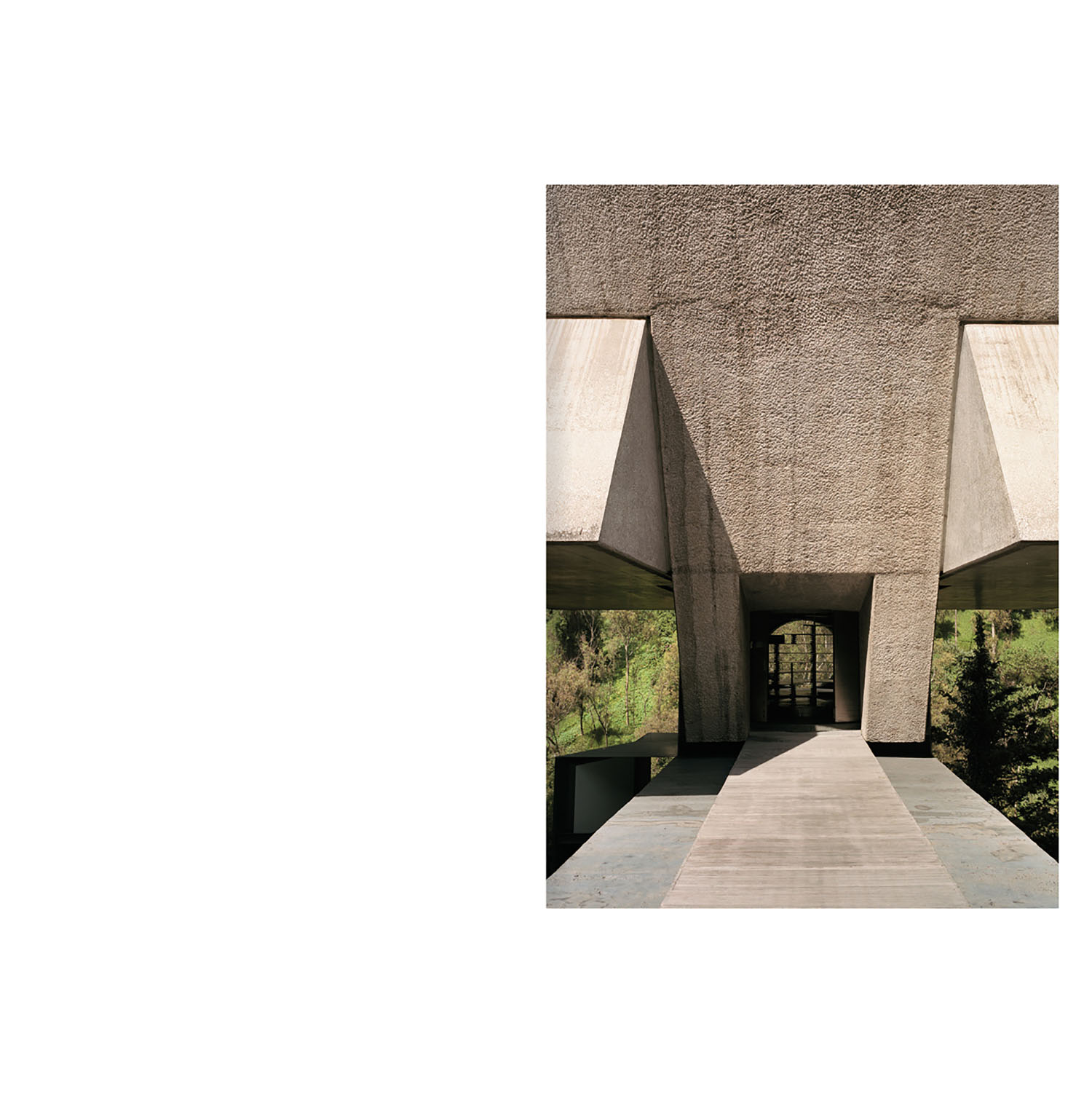 ‘It was only after the Mexican War of Independence that the Indian fountain sprang forth. Only after the Spanish crown was expelled did the zeitgeist of Mexican art look to its ancient past with overdue awe. Ever since, painters, writers, and architects have drawn inspiration from this bloodline. Mexican modernism and muralism both took the pre-Hispanic undercurrent and blended it with the sensibility of their time, in the pursuit of national identity. From a vein out of this river emerged Agustín Hernández’.
—Tezontle Studio & Luis Orozco Madero

Praxis, Agustín Hernández is the fourth book in a series devoted to some of our favorite architects, the houses they build, and the stories behind them.

Born in 1924, Agustín Hernández came of age as an architect in Mexico as modernist ideas coalesced with a renewed pride in the country’s past. He was a frontrunner in combining the symbols, myths, and urban planning principles of pre-Columbian civilizations to create imposing architectural monuments that even today retain their avant-garde nature—from the military academy he built as a modern-day Mayan ceremonial ground to the remote meditation center commissioned by his sister, based on the symbolism of the snake, and the studio-home that he built for himself in 1975: Praxis, a geometric treehouse that still towers over the Bosques de las Lomas neighborhood of Mexico City.

Find out who made this item

APARTAMENTO Magazine is today’s most inspiring and influential independent interior magazine. Since 2008, it has been an intimate and honest account of the homes and lives of established and emerging creative people, through whom interior design becomes a means of personal expression.
It is published semi-annually, alongside numerous books that explore specific themes or artists on the contemporary scene.

This project is a resource for those with a passion for photography, living spaces and design, and is in truth a celebration of the true beauty of objects and spaces around the world.

0
Shopping Bag
Your cart is emptyReturn to Shop
Continue Shopping